At the age of six months, he was given two choices – gold or a book and pen, as part of a family ritual. Gold herein symbolizes greed while the book and pen represent knowledge. Krishnarghya made a wise choice and picked up the book and pen, and has been making his parents proud ever since. His first award was the 700-verse translated version of the Bhagavad Gita written by none other than A.C. Bhaktivedanta Swami Prabhupada, the founder of ISKCON. Krishnarghya won the Gita in a competition organized by ISKCON itself and won it at the tender age of four when he was the youngest participant in the under-16 group.

Right from the start, Krishnarghya showed signs of a high level of intellect and the ability to grasp large amounts of information. At the age of two, he was able to remember everything he heard. He could remember and recite the names of several countries, objects, shapes, numbers, etc. He also showed an inclination toward several interesting topics such as the Solar System, riddles, Geography, Chess, and many more.

Krishnarghya is so gifted and eager to learn that his parents aptly call him a philomath. He has received great encouragement and support, especially from his mother. Krishnarghya belongs to a rather underprivileged village and therefore has to travel more than 70 kilometeres every day for his schooling and education. Sometimes this tires him out and he feels worn out. However, in those moments, his mother always helps him out and encourages him to overcome the challenges and obstacles in his life and focus on the great things that lie ahead for him.

His family has been supportive and has always striven to ease his journey of learning as much as they can. They carefully observe Krishnarghya and ensure that he gets the most comfortable environment possible for him to maximize his learning potential.

He is the First Indian to achieve the “PERFECT SCORER” title in Depth of Knowledge Assessment (DOKA), one of the toughest knowledge contests organized by SIMCC, Singapore across the Globe.

Little Krishnarghya has also set many world records – namely “Maximum 3D Unique Patterns Using Different Rubik’s Cubes Made By A Child”, “Fastest Child To Solve 7x7x7 Rubik’s Cube”, “Maximum No. Of Rubik’s Cube Solved by a Child”. He is also mentioned in The India Book Of Records, The Asia Book Of Records, Kalam’s World Records and many more. He set a “Hat-trick of World Records” in the International Book of Records. For solving a huge combination of scrambling of 7x7x7 and 9x9x9 Rubik’s cubes, he achieved the title of The Child Prodigy in The World Book Of Records, London, UK.

The list of his achievements is quite extensive, the above-mentioned being just a few of the several awards and titles won by Krishnarghya.

His parents only wish the best for him in the future and seek the blessings of God and his elders to enable him to become a good, kind, and wise human being who grows up to serve his society and his country.

If you have any objection to this press release content, kindly contact pr.error.rectification[at]gmail.com to notify us. We will respond and rectify the situation in the next 24 hours 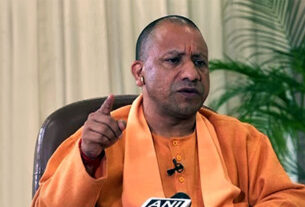 IMTS Institute awarded 12,000 certificates in 2022, 40% to overseas students, and 50% to Indian multinationals

New Delhi (India), January 27: With 50 plus sensational web series in which most of which are trending on Youtube, on board and has the youngest producer in the industry. Abhimanyu V Baiju is a name you might haven’t heard before but soon this name is going to be the suffusion of success. He is […]

The book chronicles the journey of this well-known geologist along with snippets of his scientific work and reflections over the years Bangalore (Karnataka) [India], January 27:  A world-renowned geologist/palaeontologist has teamed with Notion Press, India’s fastest-growing self-publishing company, to launch his memoir, “Audacity to Aspire: Adventures of an Argumentative Scientist”. A story starting from the […]

Already giving up on your new year’s resolutions? Here is a one-stop solution

Projects of actress Pratishtha Shrivastava are going to be launched soon, Bhopal’s girl is going to shine in Bollywood