JDU’s former State Secretary of General Wing and Rastriya Mahila Mantri for Mahila Vikas Manch(NGO), Dr.TaraSweta Arya is setting up prominent benchmarks for the welfare of women. MBBS and Post Graduate in OBG Department, the IVF specialist IRM Kolkata says “Women face severe atrocities in our society and that this should be severely taken into consideration”.

No matter our country is taking immense steps to empower women, there are still remote parts of our country where women face several security and financial issues that we can’t imagine. Taking a leap to empower such women Dr.TaraSweta Arya has done commendable work on the very ground level.

On one of the major issues of women infertility she added “a woman faces unimaginable circumstances under such a medical condition which is mostly treatable”. One of the top most priority of her work includes providing pregnancy to such women.

Till date she has successfully done more than 500 cases of infertility and provided them with a positive result. Self-made Tara Shweta Arya is herself an example to be looked unto. Being a woman she has successfully gained a prosperous academic carrier. Not only that, breaking the barriers of society she has also bagged the titles of Mrs. Bihar, Mrs. India and Mrs. World. “If i can do it, so can every other women” she added.

The social activist and politician has also done tremendous work in the field of social welfare for people including free medical check-up, free medicines distribution, food provision for the flood victims, donations to the poor and much more.

Its her father who gave her the strength to do this she added. She stated that she would always stand for women empowerment and that it will be her moto for ever. Such an inspiration for us as well as our country. 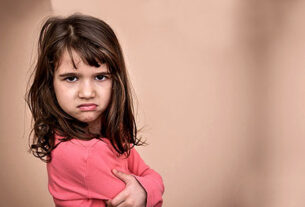 Gujarati Khakhi Garba for the first time in Ahmedabad

Gujarati Khakhi Garba for the first time in Ahmedabad

October 7: You must surely have seen garba with kediya-chaniya choli and various themes and attires. But, khakhi garba has never been organised. For the first time, this garba will be organised on the Police Parade Ground in Dudheshwar in Ahmedabad on the day of Purnima or October 9. For Amdavadis, this is a unique […]

Sonalika accelerates into the festive season with september’ 22 recording highest ever monthly overall sales of 18,619 tractors